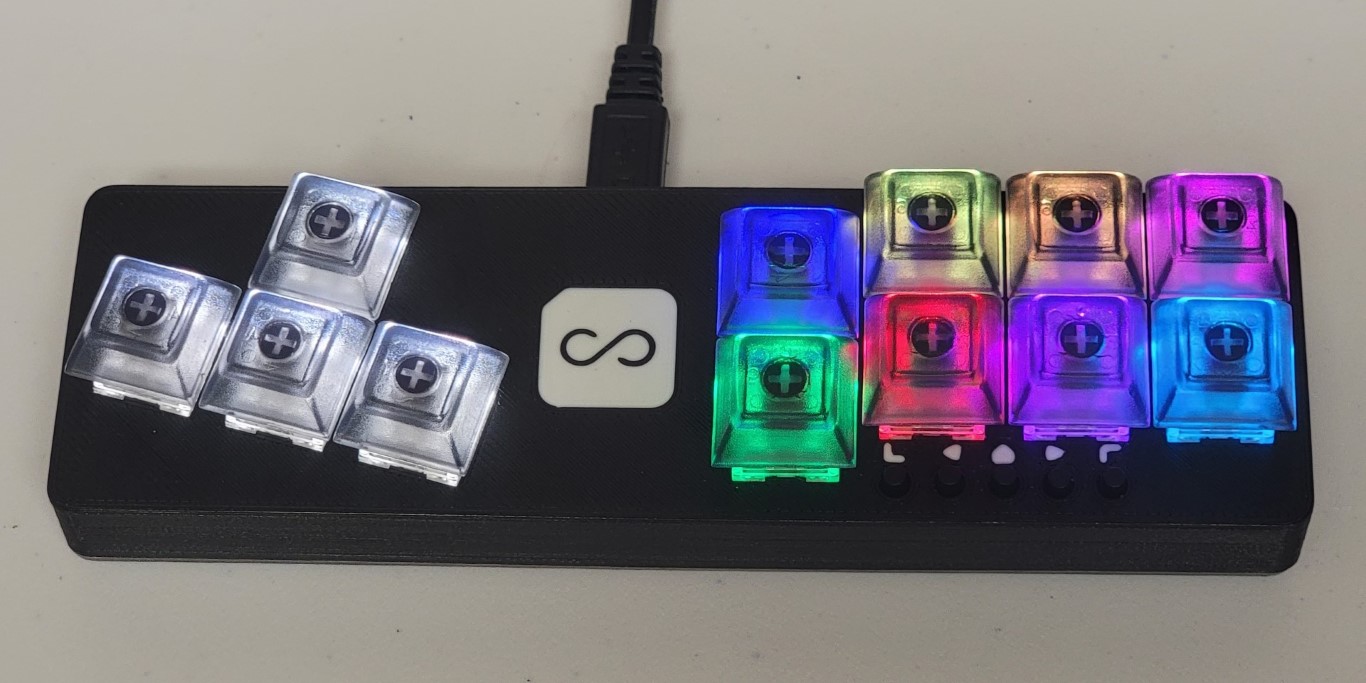 I’ve been a huge fan of mechanical keyboards for a while now. I’ve also recently been getting into the world of custom arcade sticks. Thankfully these hobbies have a bit of crossover, with a prime example of this being the Fightboard line of custom keyboard-style controllers by thnikk on Etsy. This review will specifically be on the Fightboard MX version.

The Fightboard and Fightboard MX are Arduino-based controllers which use mechanical keyboard switches for the direction and action buttons, with a layout similar to a typical fightstick. It is 3D printed from black PLA plastic, with accents of white used for the logo and button labels.

The shell has a definite pattern of being 3D printed, but also feels quite solid and good in the hand. The difference between the two models are the type of key switches that can be used. The Fightboard uses Kailh Choc style switches, while the Fightboard MX uses Cherry MX style switches. Here’s a closeup of the hot swap sockets on the MX version along with my custom Kailh Box switches I’ve dubbed “Max RGB” (Kailh Box Red Pro stem and spring with Kailh Box Crystal housing): 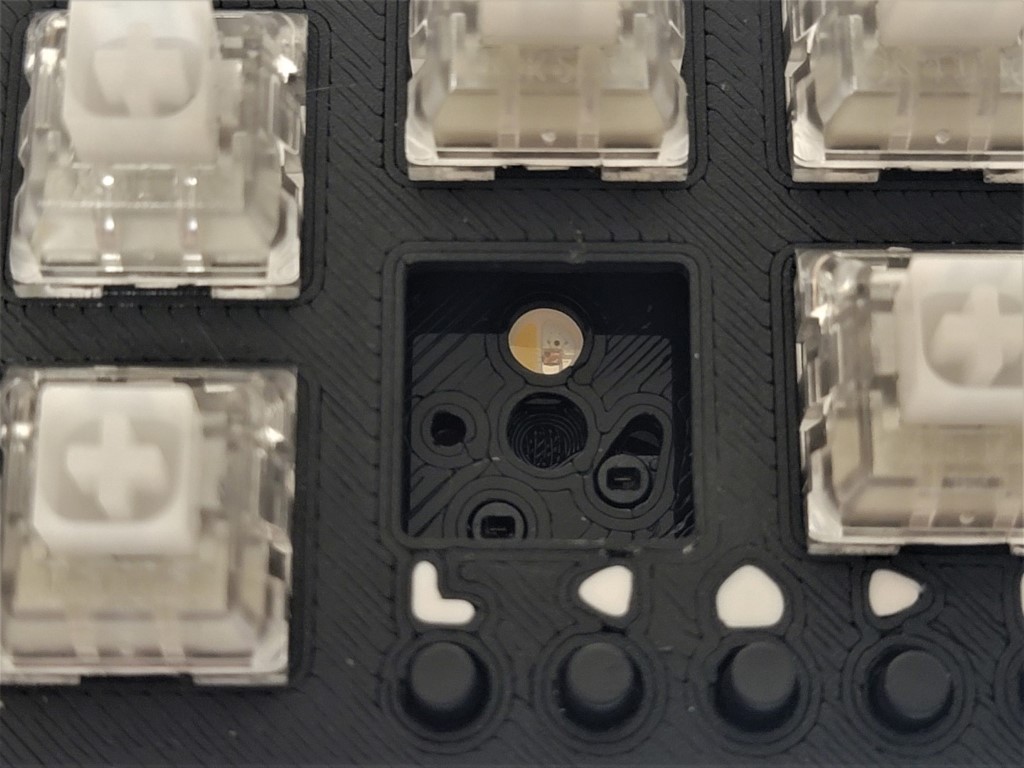 A translucent bottom finishes off the board, which allows the handwiring and controller board to be semi-visible. There are also a few grip pads on the bottom, however I found them to be lacking and replaced them with these rubber pads I use on other fightsticks. 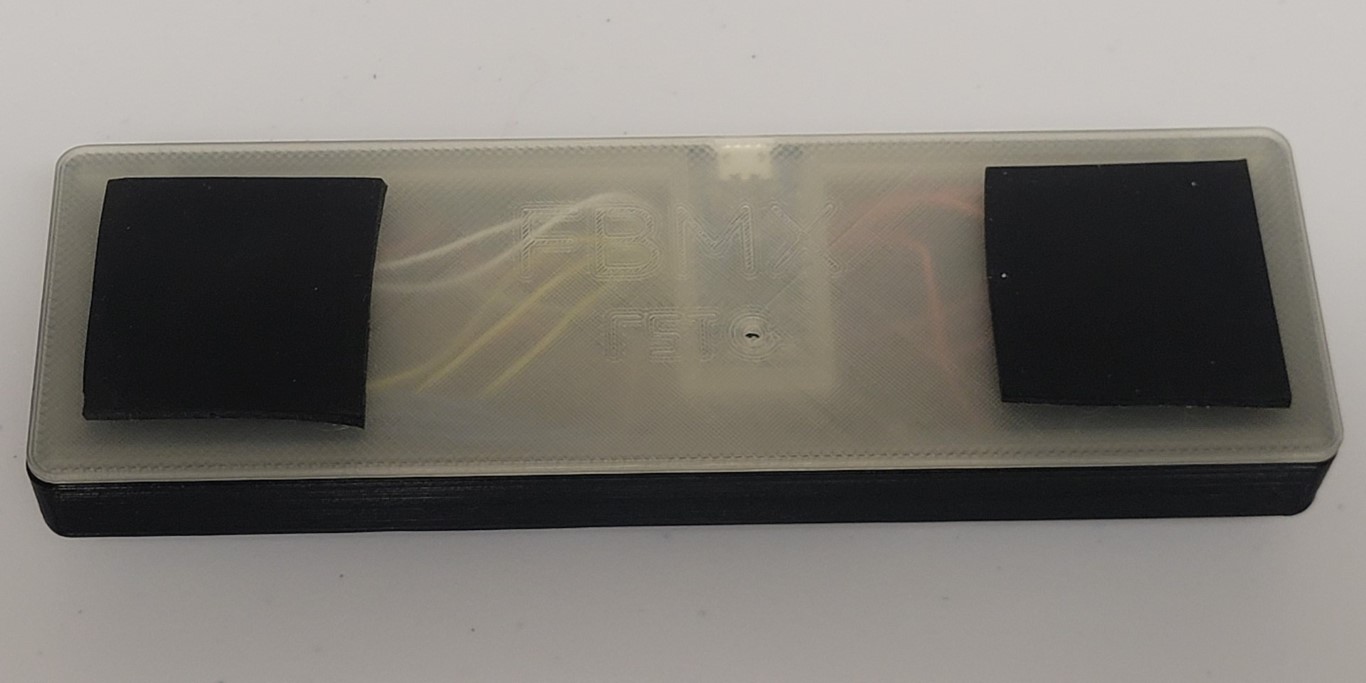 The Arduino board used is an Adafruit ItsyBitsy with a Micro USB connector: 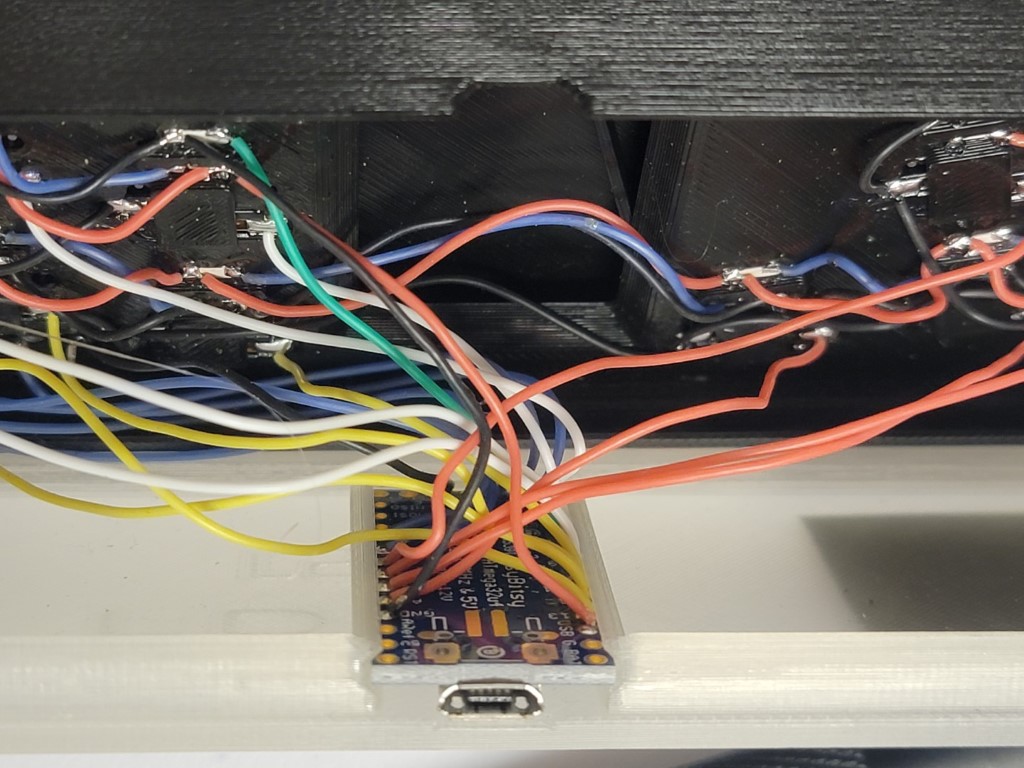 I prefer to use USB-C, so I bought a Micro USB to USB-C adapter from Amazon, and now I can share the same 10ft USB-C cable from my 8BitDo Arcade Stick with the Fightboard. Nice!

The Fightboard is an X-Input controller compatible with PC, Raspberry Pi and Android. In order to use it on a console you’ll need an adapter. Brook makes a bunch of great adapters for different consoles that should work just fine with the Fightboard. Switch users will want to stick around for another possible solution.

The controller also has per-key RGB, though only the action buttons can have their color adjusted. You can also remap buttons and save this all to 1 of 8 stored profiles in the controller. There is also an option to set the direction keys to either map to a D-Pad or the Left Analog stick. Check out the Fightboard documentation for the full feature list and manual. Overall a very nice feature set for a DIY Etsy product!

Since I’m a tinkerer, I decided to try my hand at a custom firmware called Fightboard Hybrid Firmware. It’s nowhere near as feature-rich as the stock firmware, but it does natively support the Nintendo Switch! I ran some latency tests using an Arduino Mega2560 and the usblag tester from the inputlag.science website against both firmwares, and here are the results:

The stock firmware has what I would call a pretty average latency compared to a stock Xbox One controller, and should be fine for most people. My hybrid firmware isn’t fully optimized yet, but I’m pretty happy with the latency results right now. Either way you go, it should feel quite responsive. 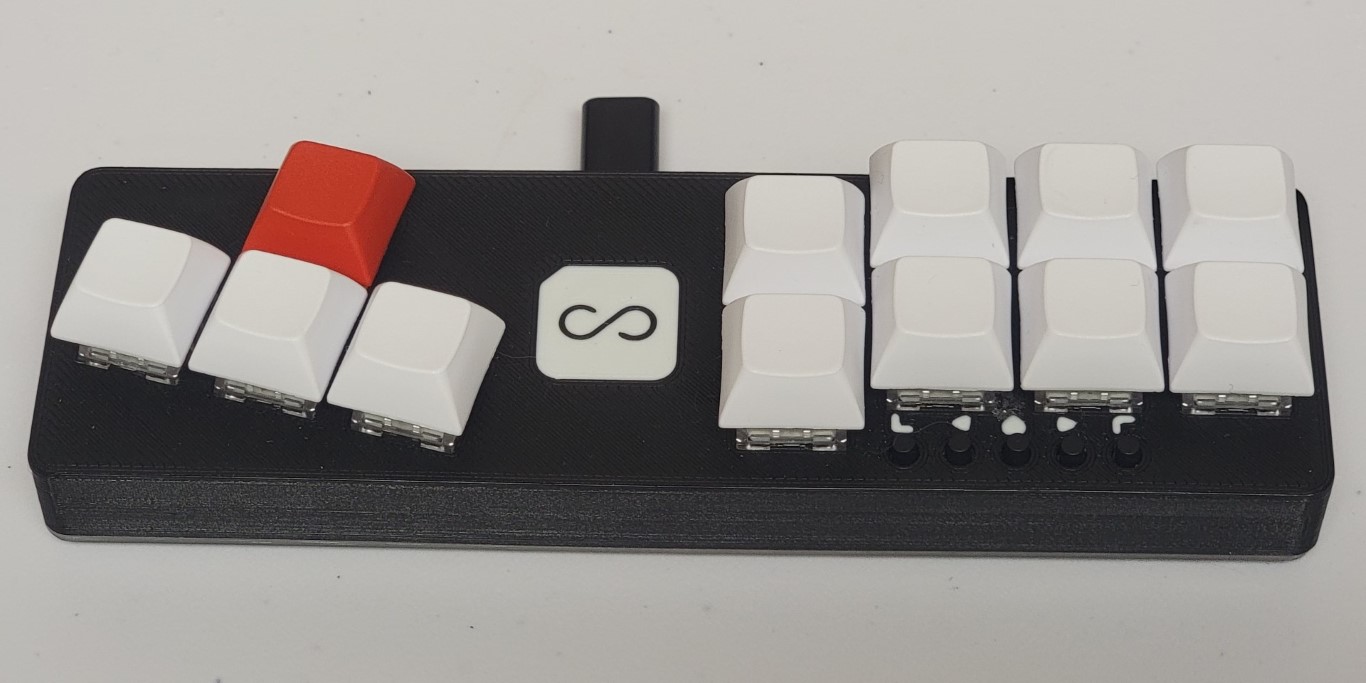 I’ve been using the Fightboard MX with fighting games, 2D platformers and arcade games for about a month and it’s pretty great. The original controller I received had issues, and thnikk (Jack Reitano) was quick to rectify the situation. The Fightboard is currently $120, and given the high quality of this handmade device and excellent customer service, I would say it’s worth it for those who enjoy these types of controllers.