The Logitech PowerPlay system is awesome, and I’ve been an avid user of it for over 2 years, but the charging puck can add a bit of weight to your mouse. For the longest time I’ve used the G Pro Wireless with the PowerPlay mat in a stock configuration, but I’ve realized a few things:

I recently took up the challenge of reducing the weight of my G Pro Wireless while retaining the look and feel. I’m not about to go crazy and swiss cheese the shell with a drill, but anything not in sight and not required has been fair game. The previous weight reductions (cutting out plastic, removing side buttons, battery swap) have got it down to a nice 68.4g without the PowerPlay puck: 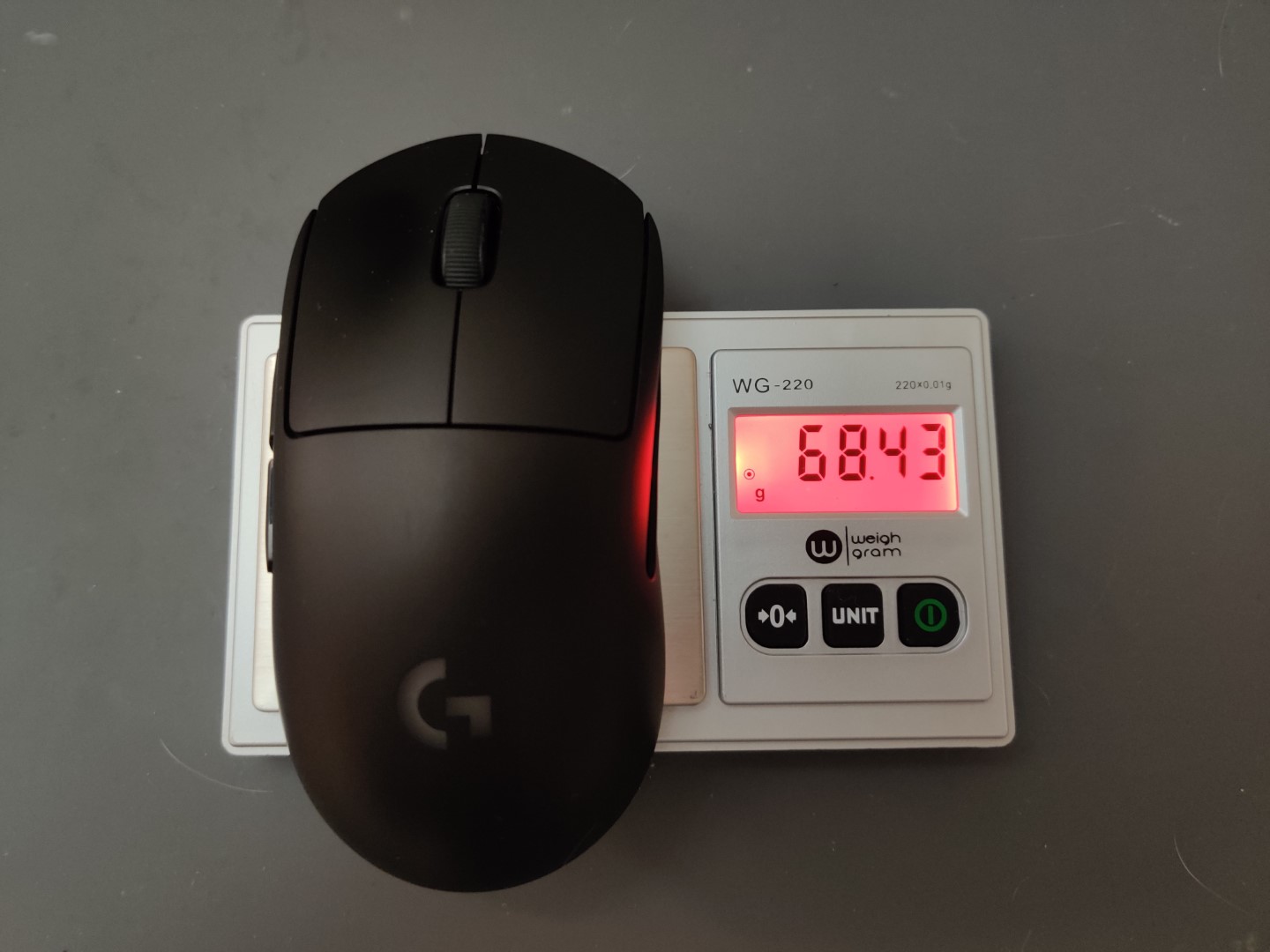 The PowerPlay puck itself normally weighs about 6.2g: 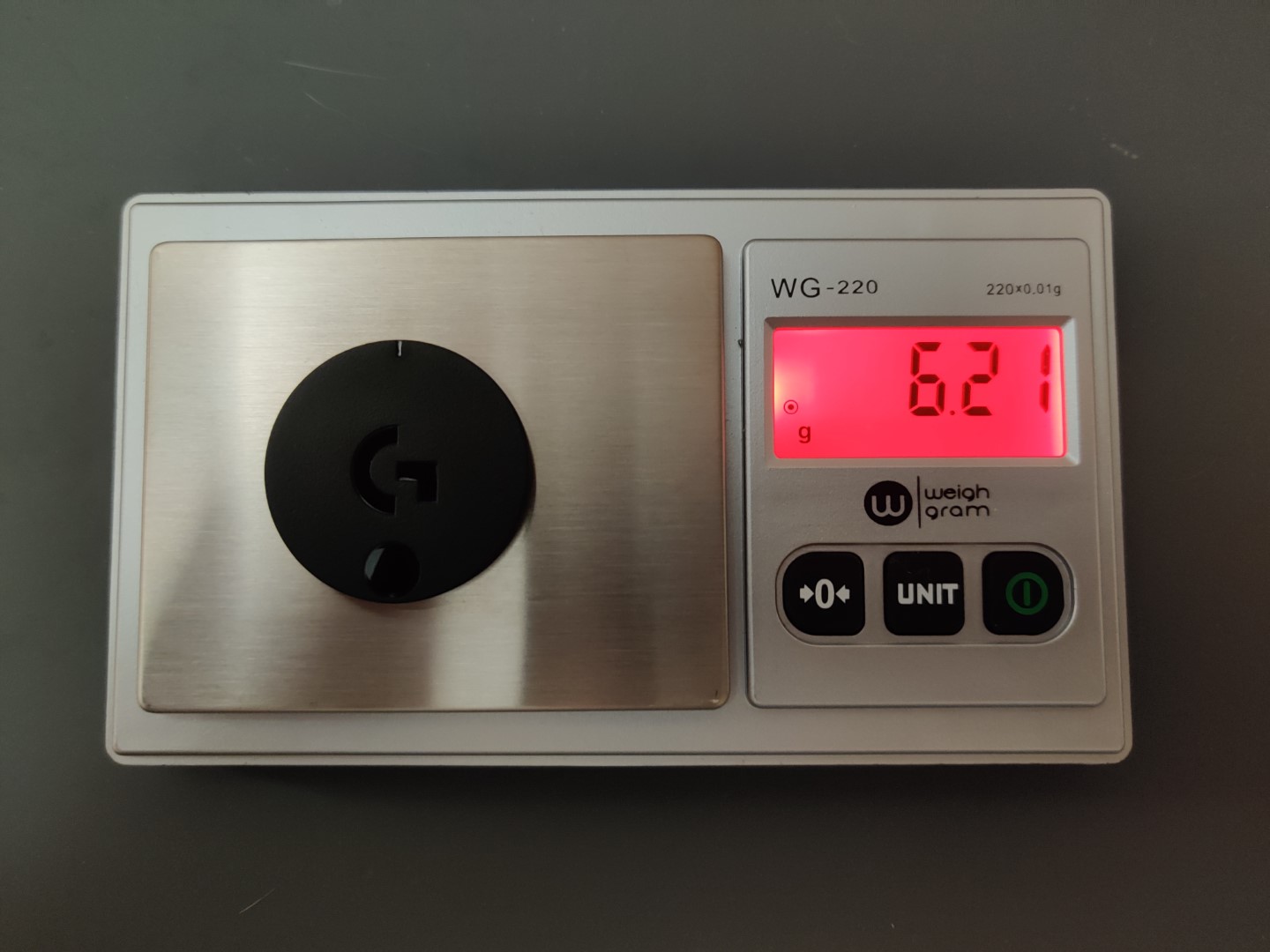 My G Pro Wireless is currently weighing in at 74.6g when in use. That’s pretty good considering stock would be 86g for the mouse and PowerPlay puck, but we can do better!

Before we go any further, a warning. This will obviously void the warranty for your mouse and PowerPlay puck, but you should already know that if you’re willing to Frankenstein your electronics like this. Let’s open up the mouse: 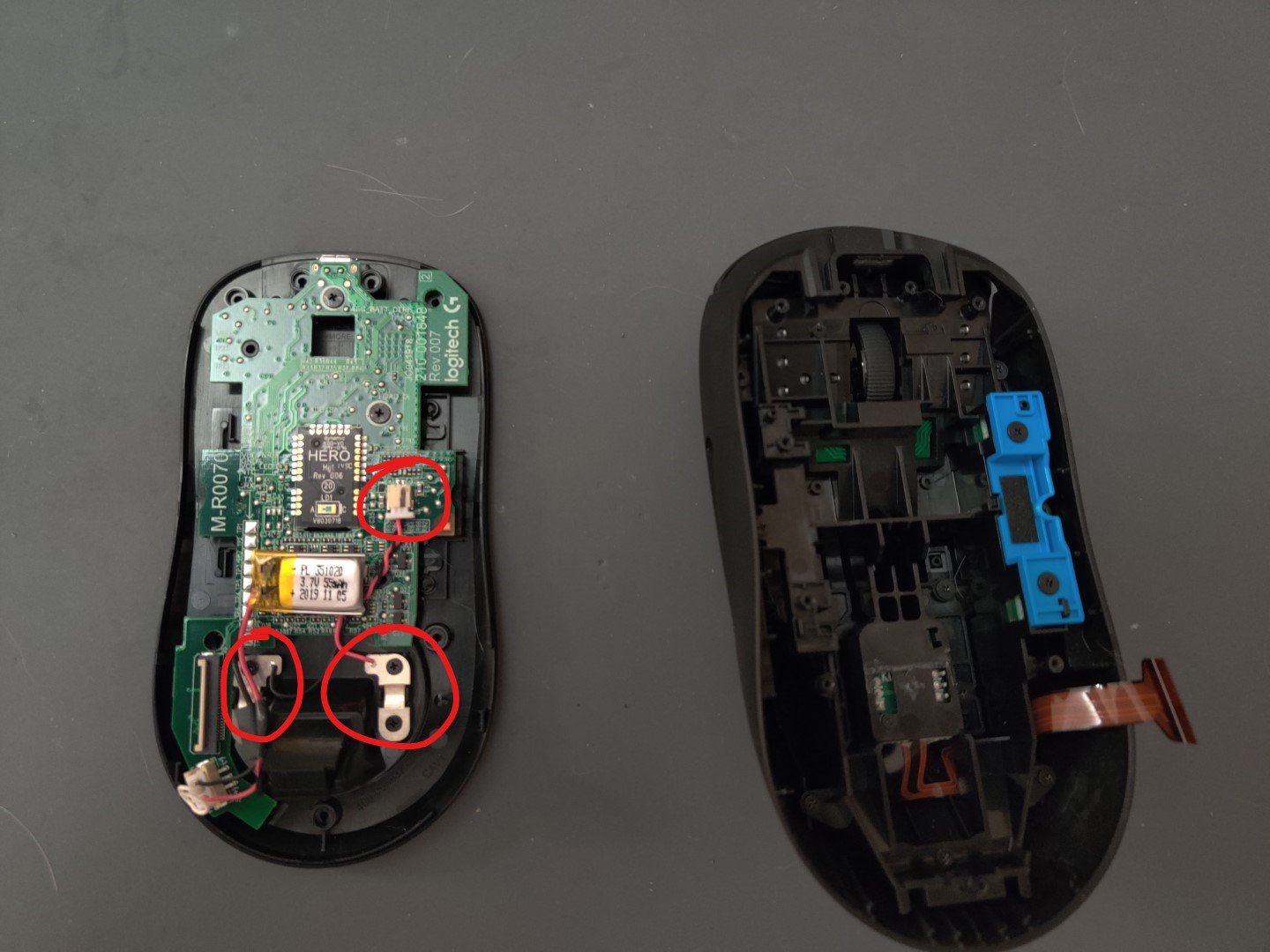 Inside the mouse you can see some of the mods I’ve already done, like removing one set of side buttons, removing the battery cage and the replacement battery. The battery I’m using is 55mAh and weights about 1.7g, vs the stock 240mAh battery that comes in around 5.1g. I really only need enough charge for the mouse to last a few minutes in case it’s not centered on the charging mat, so I’m gladly trading longevity for weight.

Back to hacking away at our mouse. You’ll also see the PowerPlay connector and leads that screw down the magnets, circled in red in the picture. Unplug the connector, unscrew the four screws and remove the the magnets and connector wire. Clip off the metal leaves that were holding the magnets, leaving as much wire as possible. Now let’s weigh all the junk that was removed: 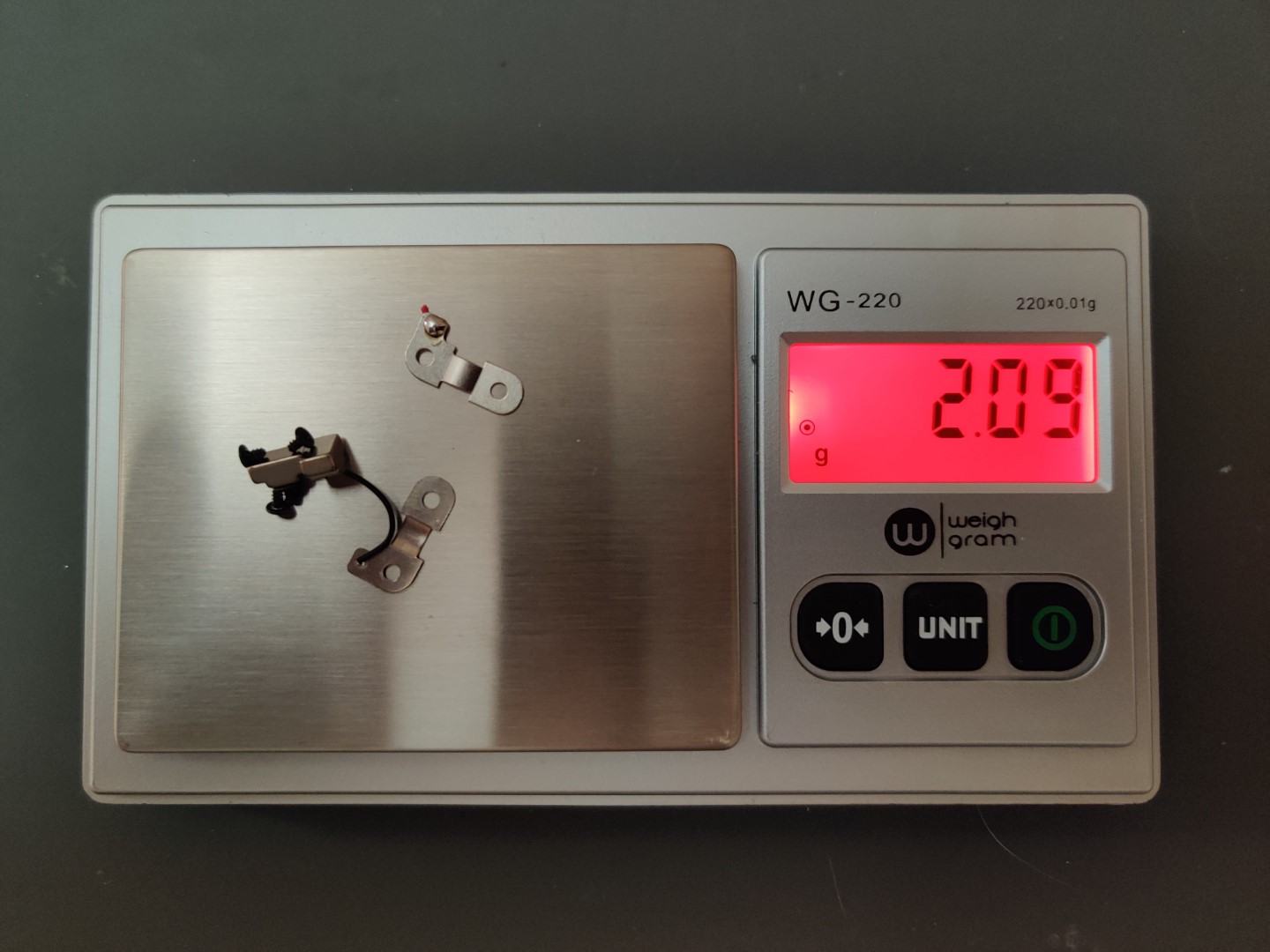 The 2.1g here is almost enough to offset our charging coil. At this point the question now becomes: “Can embedding PowerPlay we weightless?” Let’s break open that PowerPlay puck and find out. The puck can easily be split along the seam around the edge. I used a spudger to split mine, and here’s what I was greeted with: 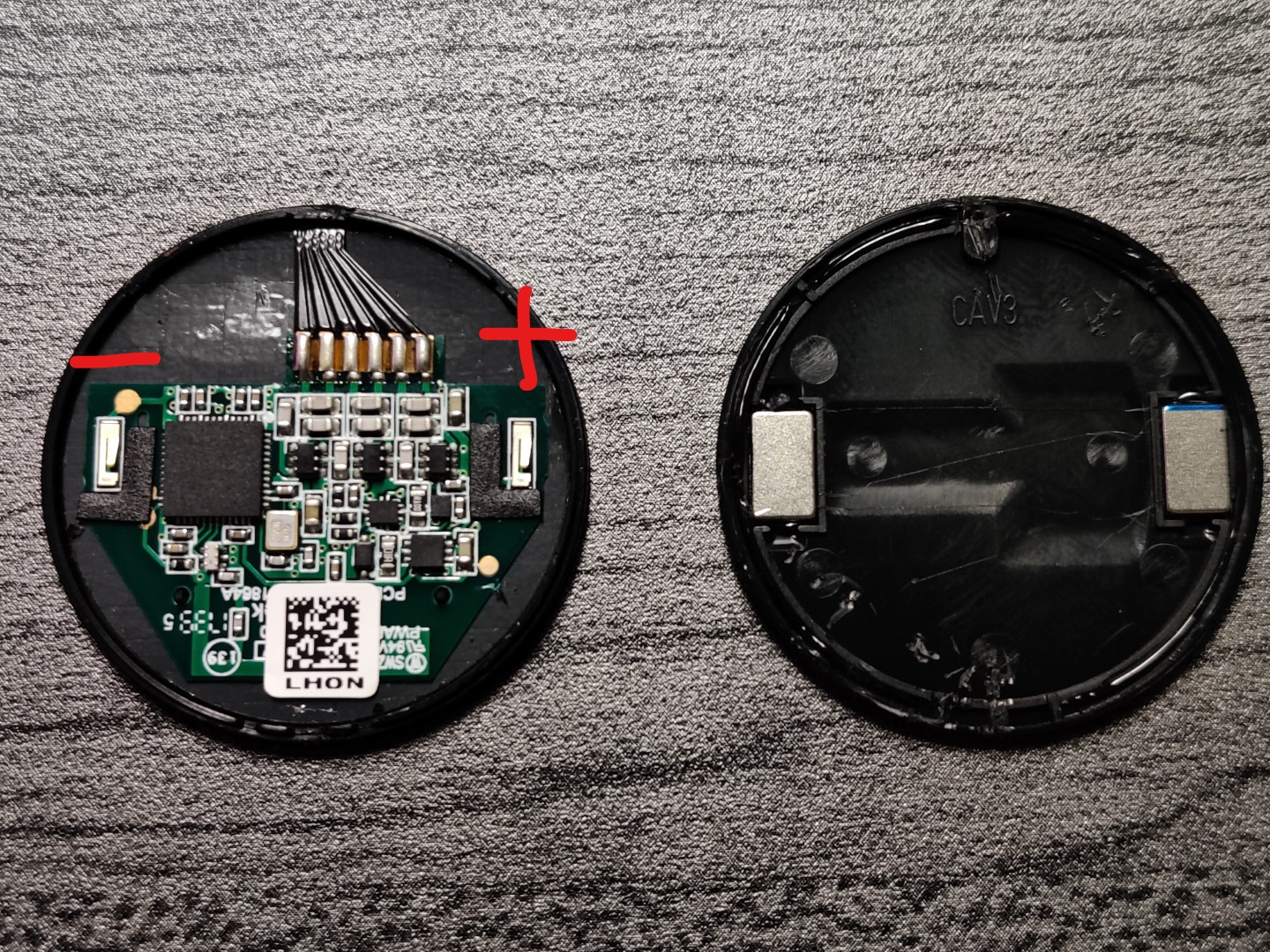 Hmmm…what do we have here? The two plastic halves of the puck are held together with a ring of silicone. One half houses the charging coil assembly (which I will refer to as just the charging coil), while the other contains two metal blocks that bridge the contacts from the board to the magnetized charging contacts of the mouse’s charging well. We’re only concerned with the coil side here. Note the two silver contact leaves on each side of the board. The terminals on each side of the board, which are labeled with polarity in the picture, are where we’ll attach the PowerPlay connector we just mutilated.

It takes a bit of finesse to remove the charging coil, as it’s a somewhat fragile wafer with an adhesive backing. Try to get a thin and rigid pry tool under an area away from the wires that wrap around the board. Slowly push toward the center and lift and the adhesive give way. Eventually you’ll get a loud “POP!” and you can finally relax. The most delicate part of this process is over. Now that we have the charging coil, let’s weight it: 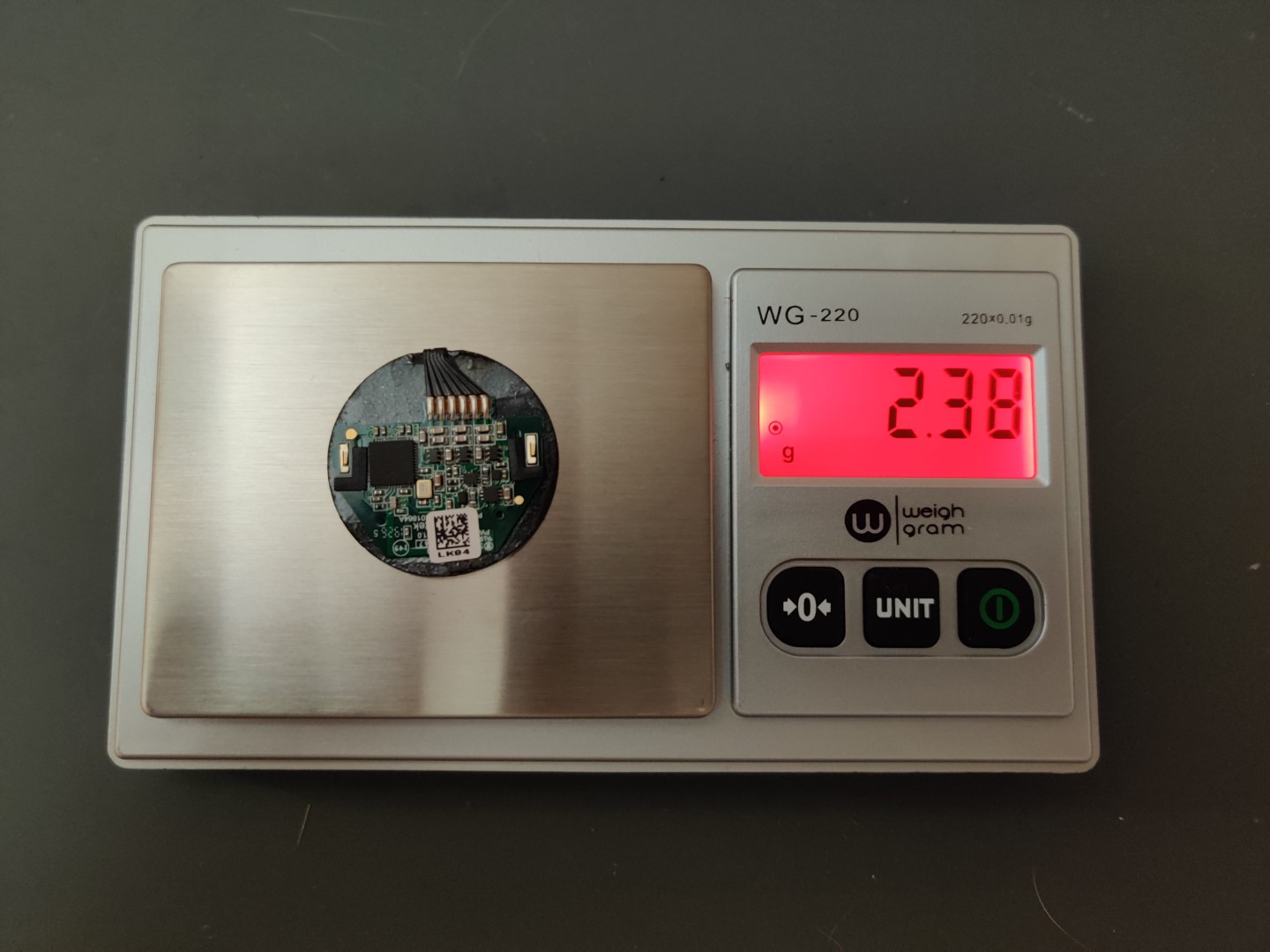 Removing the housing dropped almost 4g. Nice! Next, let’s see where can stick this charging coil inside the G Pro Wireless. Since the PowerPlay module needs to be close to the mat, we’ll need to stick it to the bottom mouse housing. Remove the mouse circuit board and you’ll see there are only two locations the charging coil can go: on top of the PowerPlay module well or above the sensor. The PowerPlay well is too far away from the mat to consistently charge the mouse, so the only practical option is above the sensor. This will require cutting out one of the plastic standoffs that hold the mouse circuit board, and trimming out the part of the plastic around the sensor and DPI button, like this: 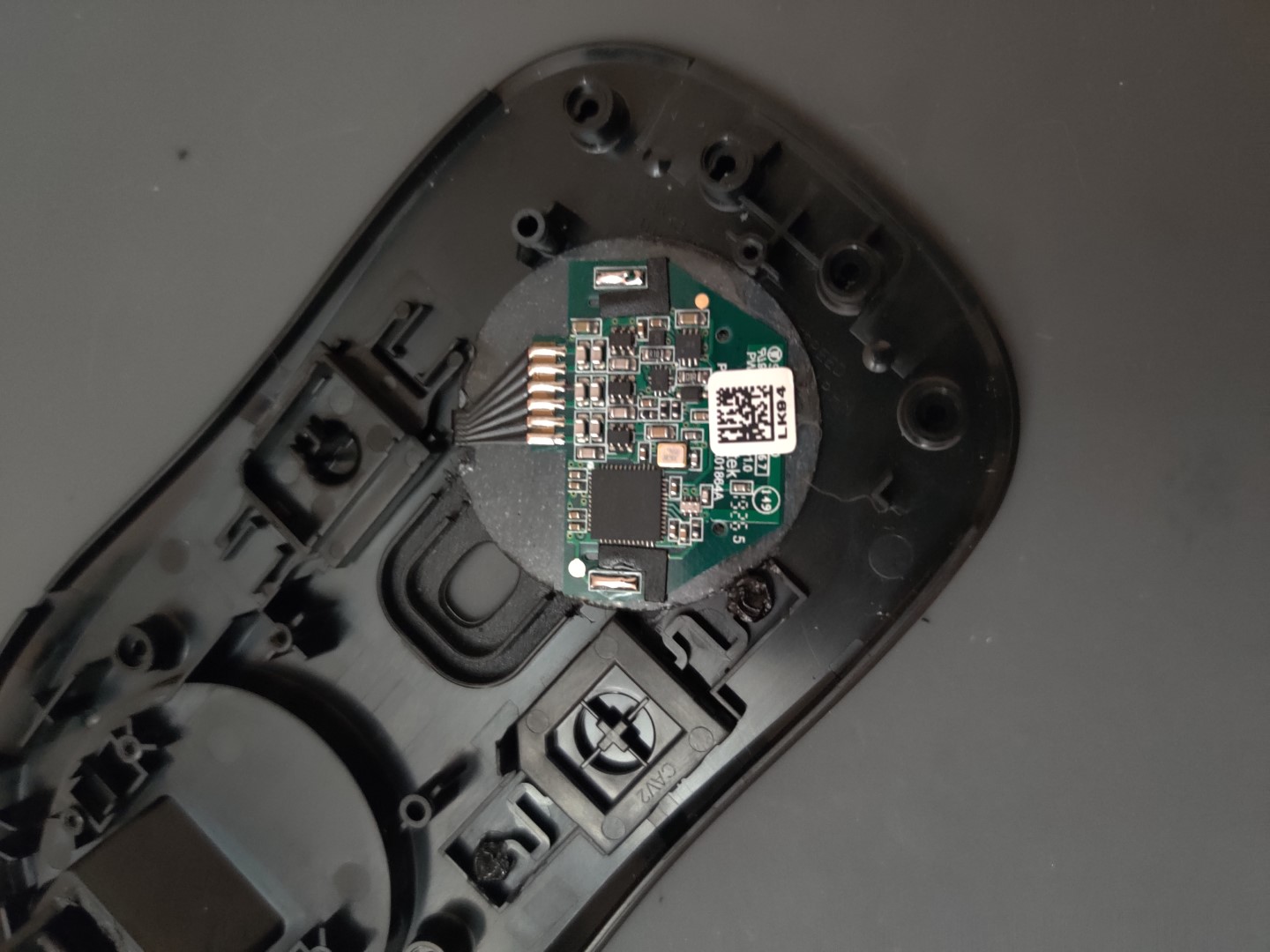 Now that we have the charging coil installed we can wire up the connector. Cut two pieces of wire about 2 inches long and use them to extend the PowerPlay connector we previously removed. Once the wires are soldered to the charging coil, I recommend using some Kapton Tape to cover the board to prevent possible shorting. Here’s what mine looks like:

I’m certainly no professional, but this should get the job done nicely. Time to put the mouse circuit board back in place and reconnect any wires: 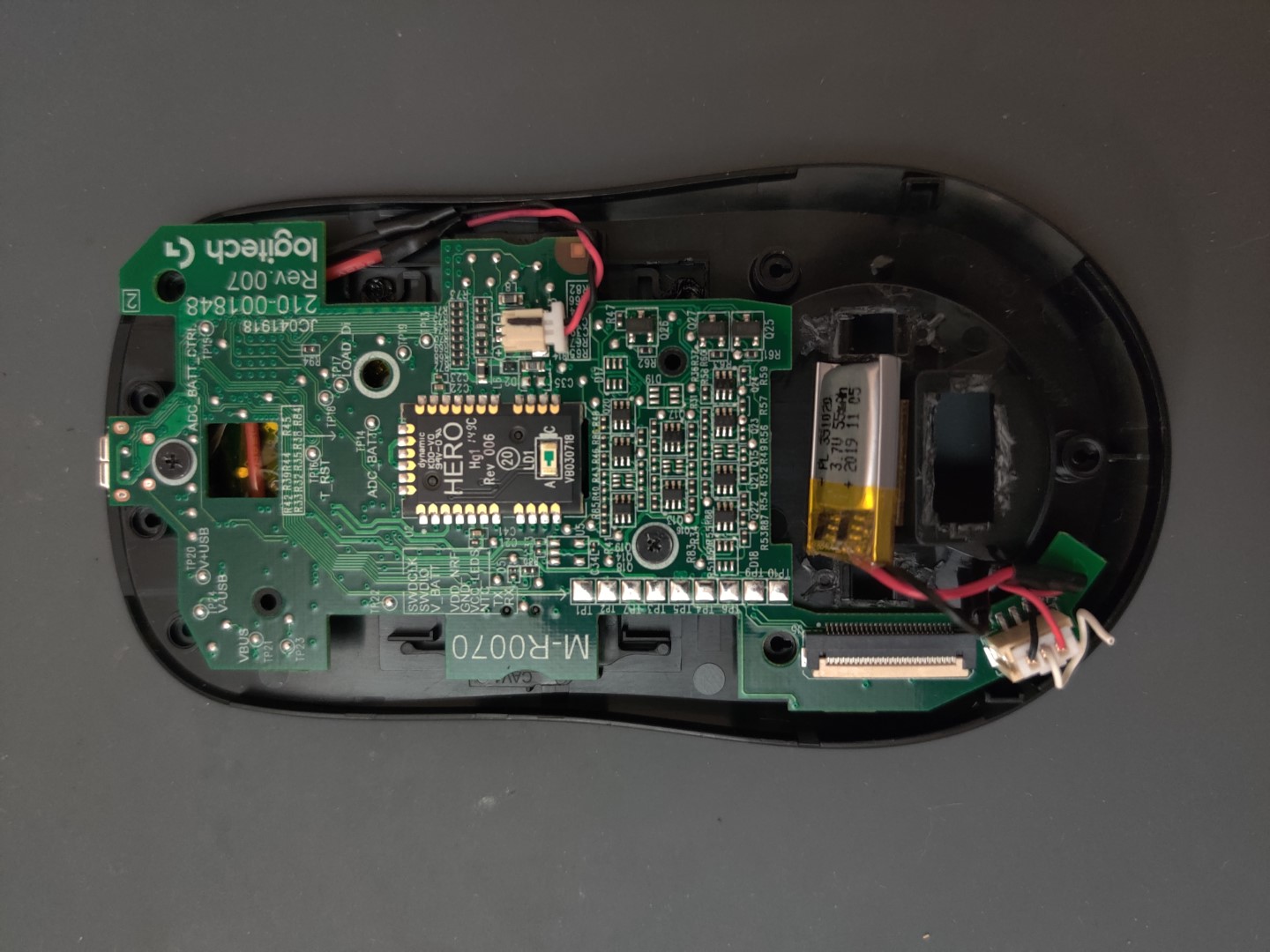 Before we close it up and do the final weigh in, let’s see if this will actually charge on the PowerPlay mat: 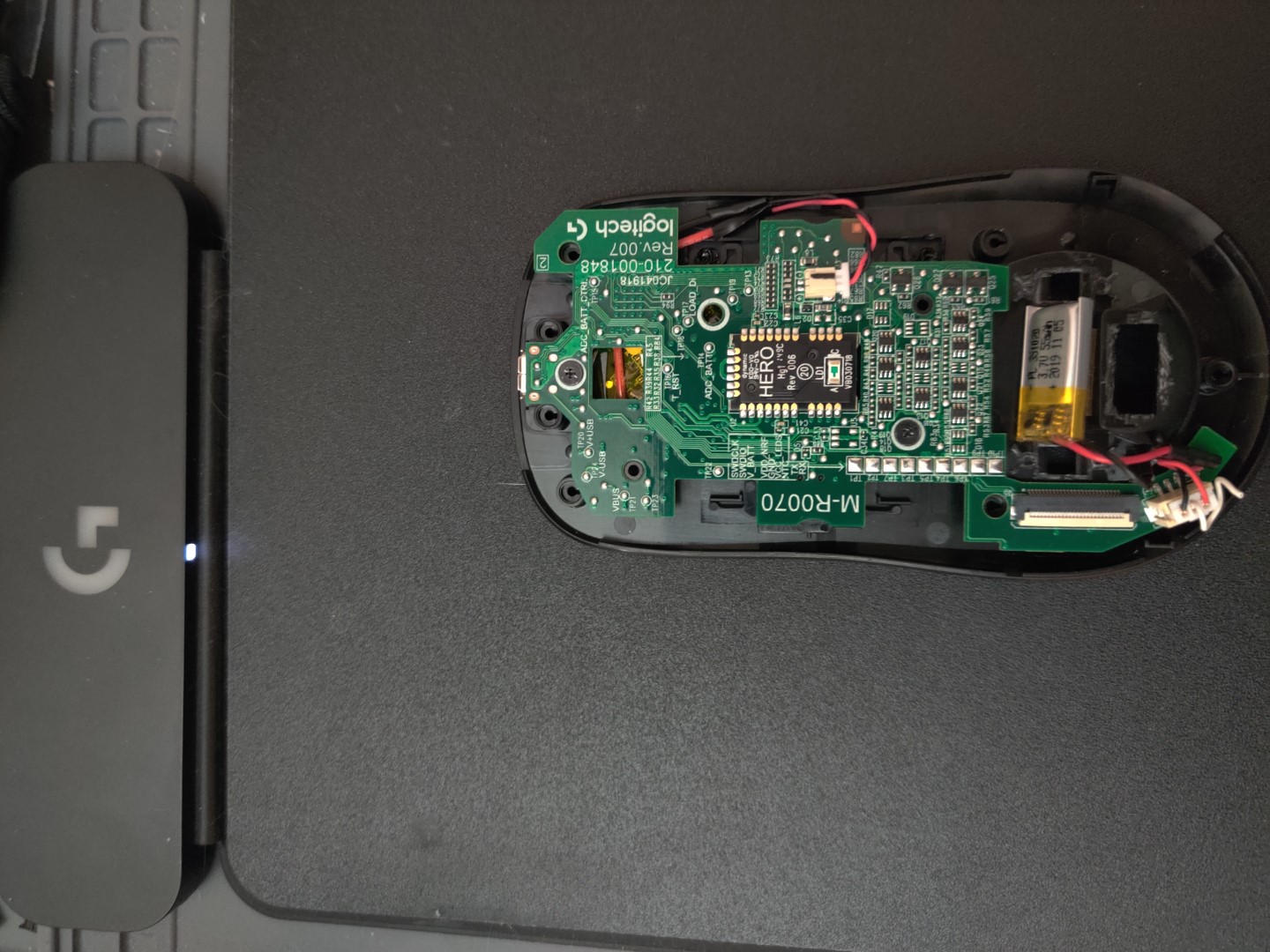 Would you look at that? It still works! Let’s close it up and see what the verdict is… 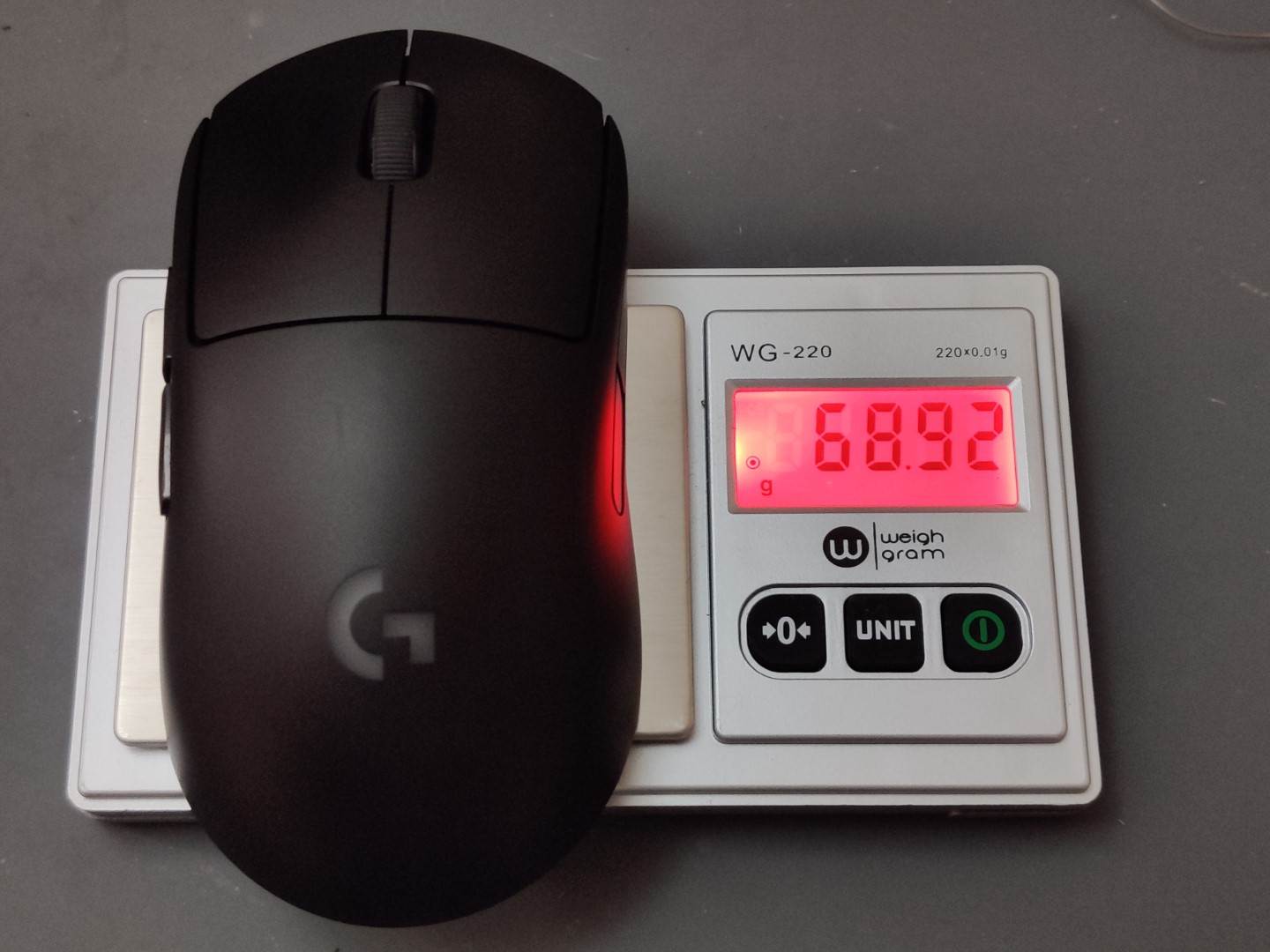 We started today’s project with the G Pro Wireless weighing exactly 68.43g. The final weight after embedding the PowerPlay module is 68.92g, a difference of +0.49g. That’s almost in the territory of being “weightless”, but half a gram is still half a gram.

Now if you’ve been following along closely you may have noticed removing the unneeded metal from the mouse almost offset the weight of the PowerPlay coil. It turns out that I forgot to put the dummy side buttons into the G Pro Wireless prior to the initial weigh in. Let’s see how much those would have added: 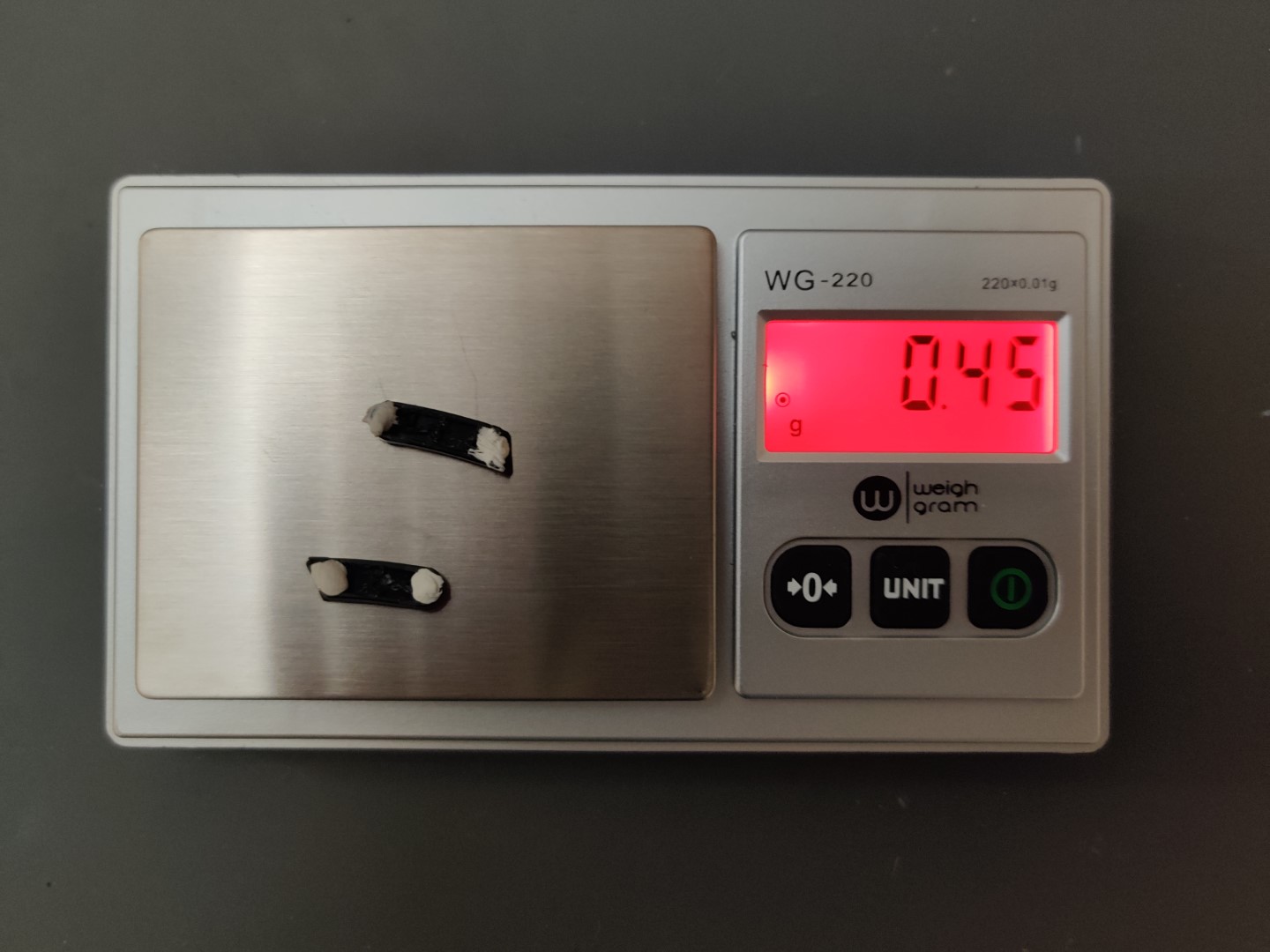 The dummy buttons and the poster tack that holds them in weigh 0.45g. Now, if we do a little napkin calculus we’ll see our actual starting weight was 68.88g, meaning the difference is only +0.04g! I would pretty firmly put that in the “weightless” category. 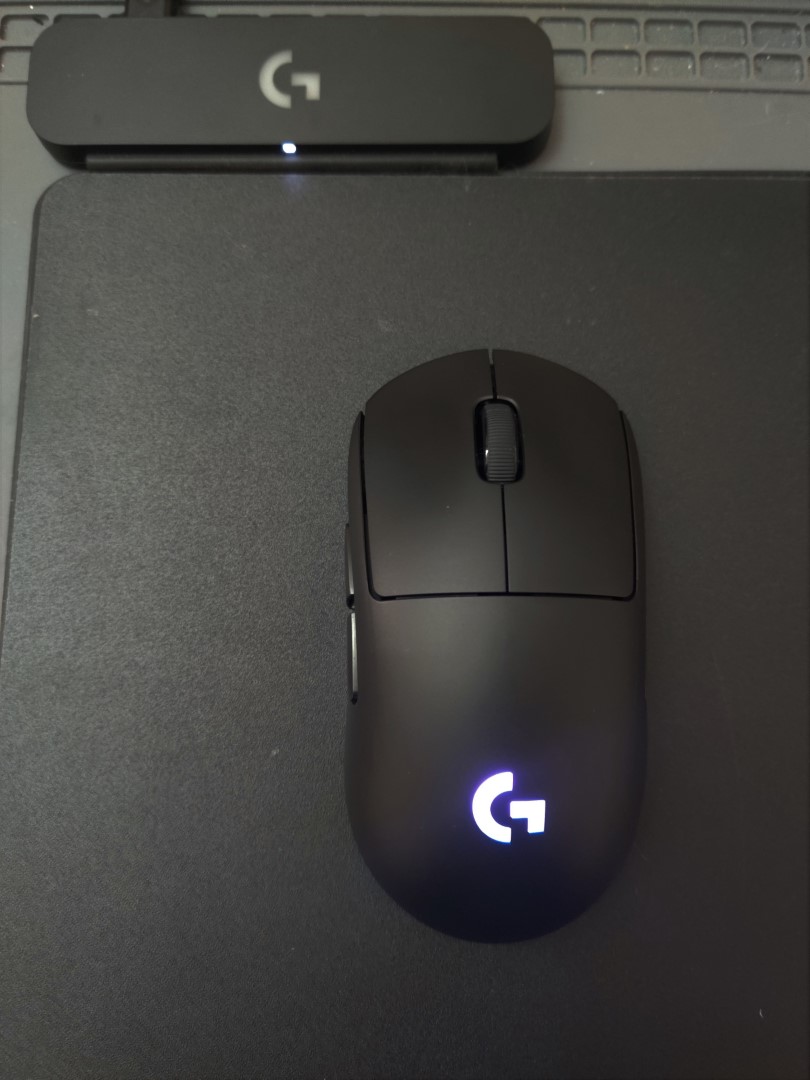 I wasn’t able to capture images at every step of the way, but hopefully this guide is detailed enough that any blanks can be filled in. I’ve been using this modded G Pro Wireless and a similarly modded G703 Hero for a few weeks now and I’m just mad I didn’t do this sooner. I hope you enjoy your G Pro Wireless with built-in wireless charging as much as I do!